According to hindu mythology, Navadurga literally means the manifestation of Durga in nine different forms. Navadurga refers to goddess Parvathi. Abstractly, navadurga is the life phase of goddess Parvathi who is the supreme power among all goddesses.According to the hindu tradition,goddess Durga,The mother goddess is a form of shakthi manifesting herself ,as Mahalaxmi, Maha Saraswathi and Mahakali.These three forms are evolved from the trimurtis -Lord Shiva,Lord Brahma and Lord Vishnu.Three forms of durga further manifested in three more forms each and thus emerged the nine forms of durga called NAVADURGA 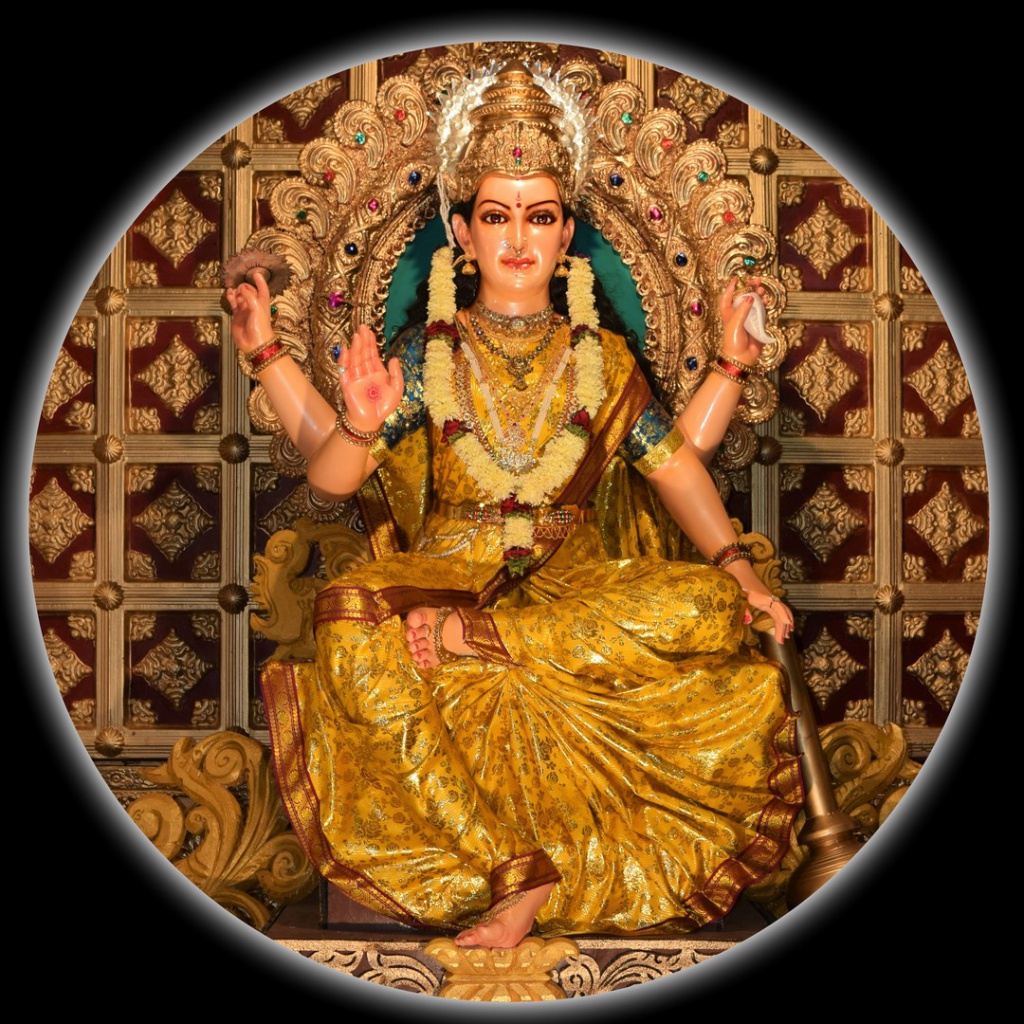 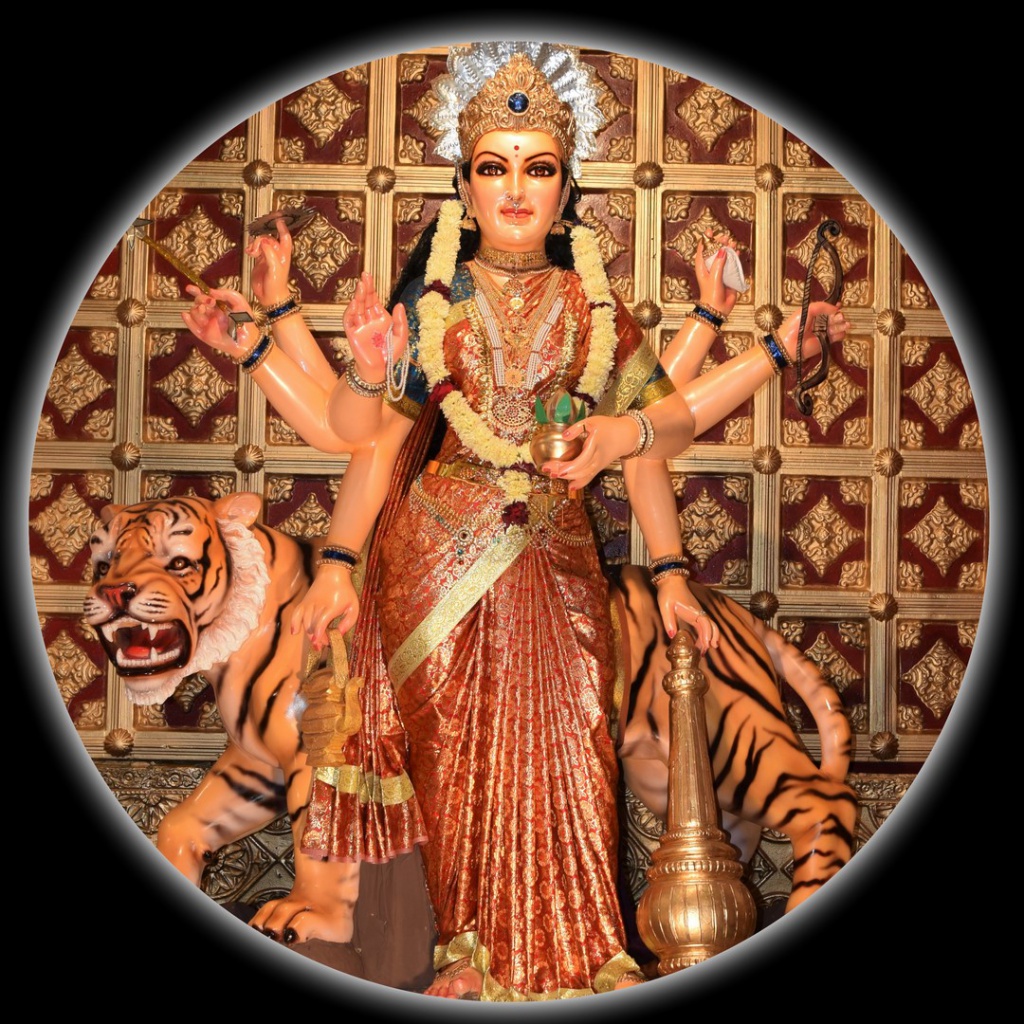 After taking the form of Siddhidatri, the Mother Goddess started living within the Sun thereby liberating the Sun's energy to the universe. Since then, this form of the Goddess has been known as Kushmanda, namely for her power and capability to live inside the Sun. The glow and radiance of her body is as luminous as that of the Sun. 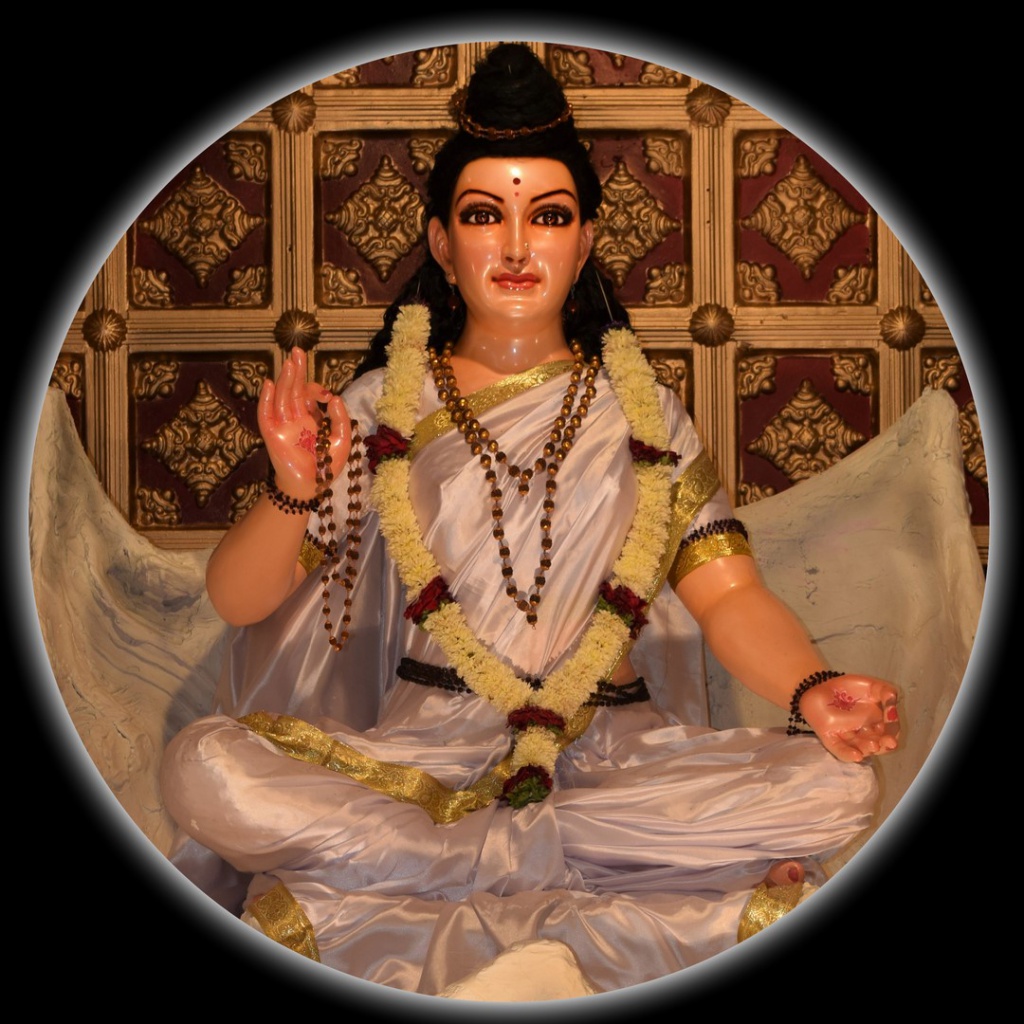 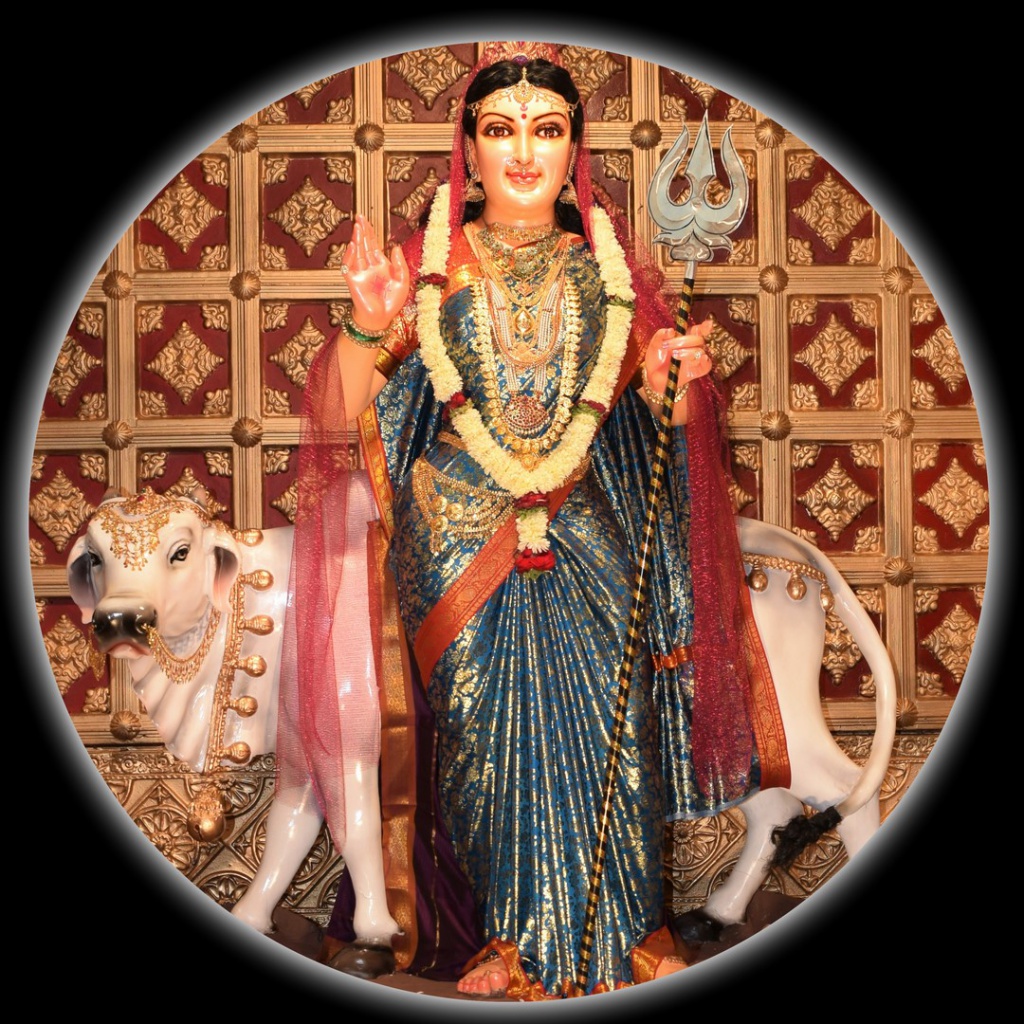 After self-immolation in Her form as Sati, the Mother Goddess took birth as the daughter of Lord Himalaya. In Sanskrit, Shaila means mountain , due to which this form is known as Shailputri, the daughter of the mountain. 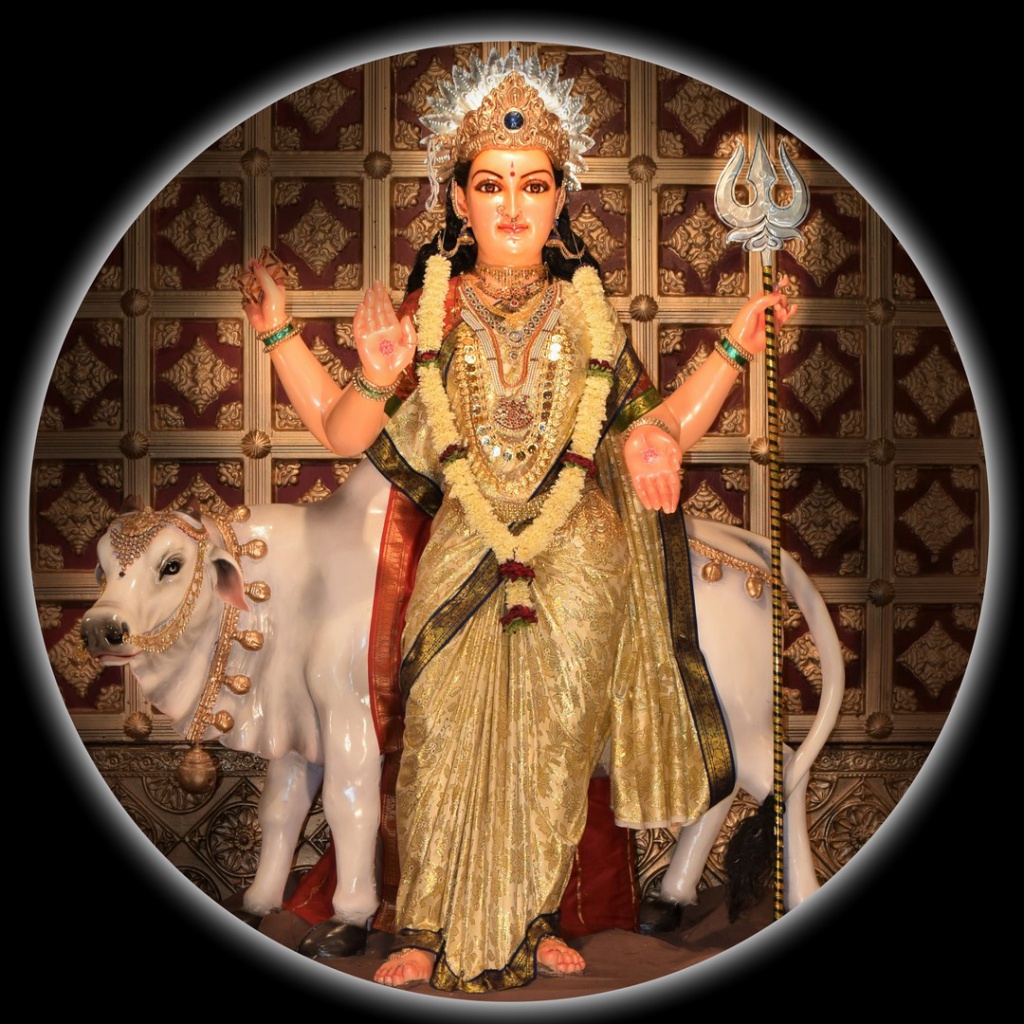 According to Hindu mythologies, the Goddess Shailputri at the age of sixteen was extremely beautiful and blessed with a fair complexion. Due to her extremely fair complexion, she was known as Goddess Mahagauri. 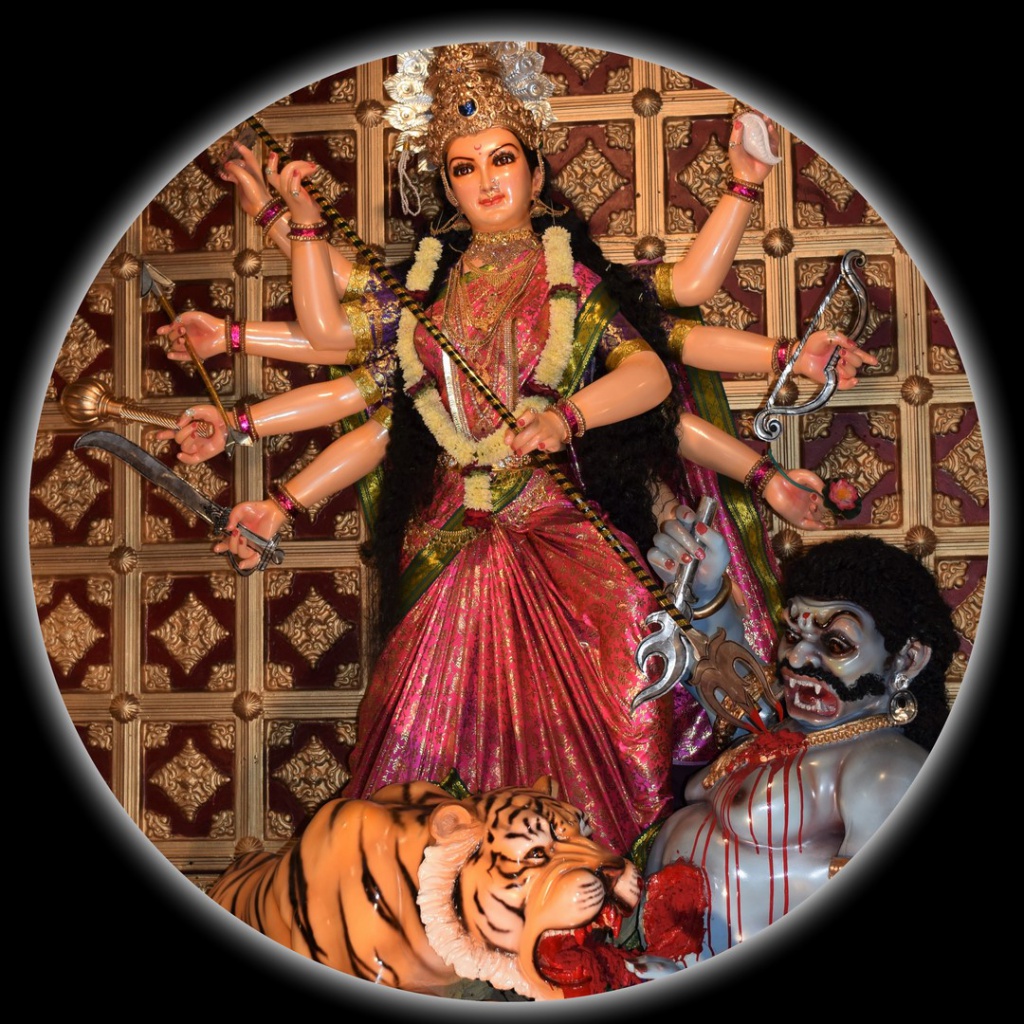 Goddess Chandraghanta is the married form of the Mother Goddess following on from Shailputri and Mahagauri. After getting married to Shiva, Goddess Mahagauri started adorning her forehead with a half moon(Chandra) shaped like a bell(Ghanta) due to which, she became known as Goddess Chandraghanta 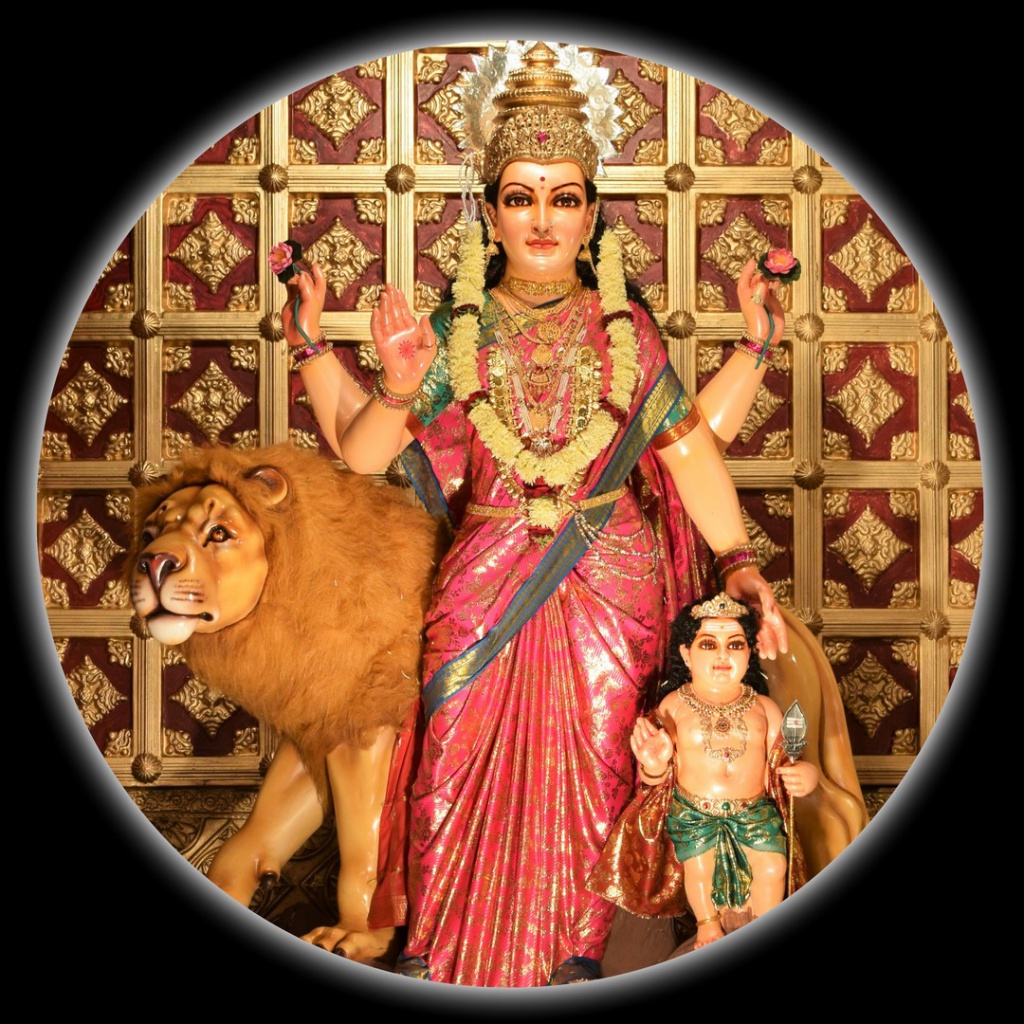 In her form as mother of the God of War, Lord Skanda(also known as Kartikeya), she is known as Goddess Skandamata. 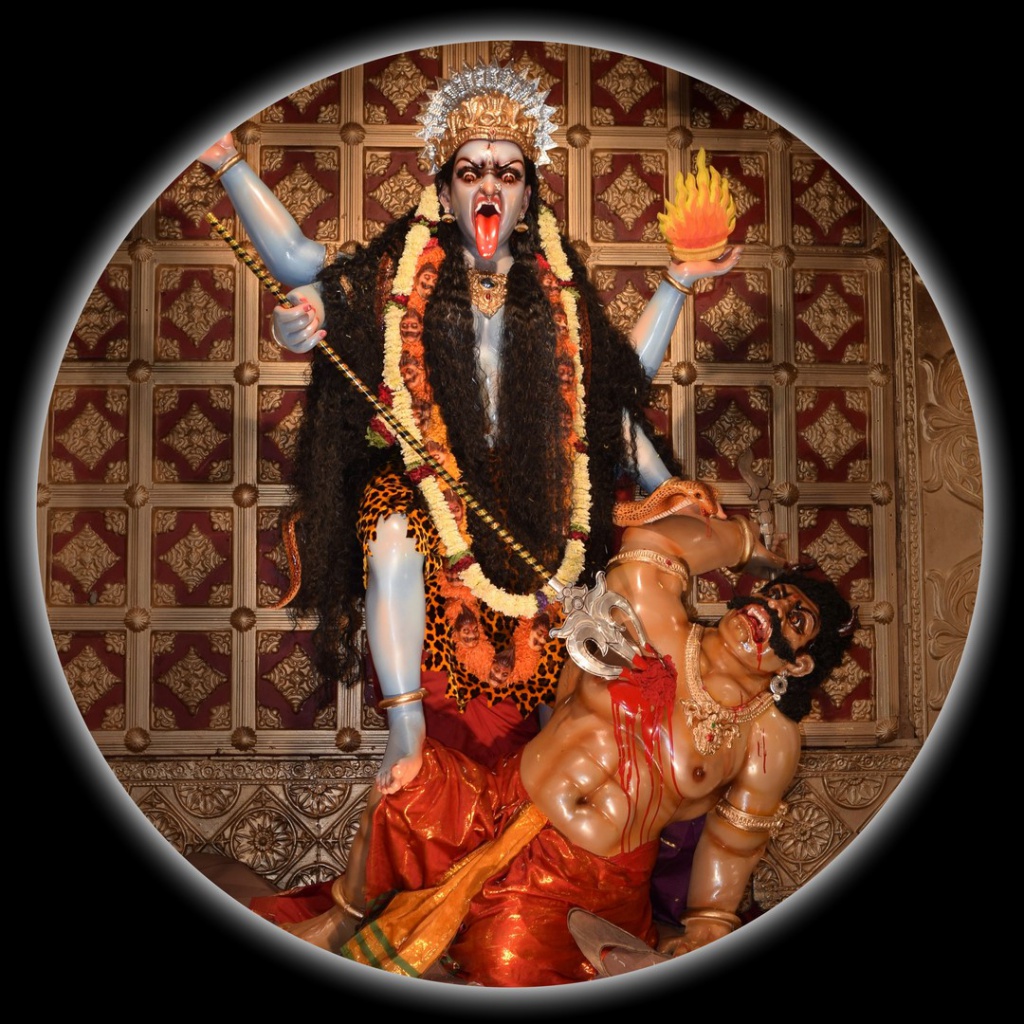 This is the fiercest and the most ferocious form of the Mother Goddess, in which she manifests to destroy the demons, Sumbha and Nisumbha.